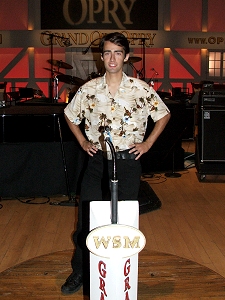 CountryZone.net is an independent website focusing on contemporary country music. It is operated by Petr Mecir, based in Liberec, Czech Republic. Launched in January 2003, the website initially associated separate fansites of selected artists. Later on new sections were added and the fansites were eventually dropped in 2010.

In January 2012 the website underwent a complete reconstruction and regular news coverage started.

The primary goal if CountryZone.net is not complex coverage on mainstream artists, but rather reporting about unique artists who are not on the spotlight of the major media.

No copyright infringement intended. All photos have been taken by Petr Mecir or are promotional. If you still find any copyrighted material, please contact me.