﻿﻿﻿﻿ Shelly West: Something Was Very Special About Mom » CountryZone.net ﻿

Shelly West: Something Was Very Special About Mom 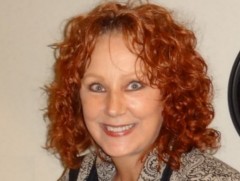 Shelly West is the daughter of the legendary country singer Dottie West and she had a successful run as a solo artist on her own in the early 80's. She has scored two #1 hits with "You're The Reason God Made Oklahoma" (with David Frizell) in 1981 and "Jose Cuervo" in 1983. After her mother's tragic death in 1991 Shelly put her career on hold and later worked on the TV biopic "Big Dreams and Broken Hearts: The Dottie West Story", where she also starred as herself. In 2012 Shelly West resumed her singing career and I was lucky to interview her in Nashville in the summer of 2015.

Were you affected by your mother's fame as a child? Did they treat you as a VIP at school or anything like that?

"You know, I have to say yes. I wasn't sure what it was, because I didn't know what it was like not to have parents in show business, but I could tell that something was very special about her. And she would do things like when I was a brownie, when you're a girl scout, you're a brownie, and Mom would have all the brownies over to the house and put on a show for them, or she would come to the school and tell stories about being on the road. So, Mom always did things in a big way and I was just always very proud of her. I will tell you also, I can remember as far back as when I was six, and she would take me and maybe one of my brothers at a time and we would sit on the bench at the Grand Ole Opry and we would sit in the wings on the bench at the Ryman Auditorium and I have memories of that. She included us a lot in things." 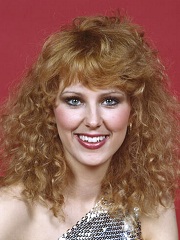 Is there any story behind Jose Cuervo? How did you come across this song?

"Jose Cuervo was written by a lady named Cindy Jordan. Jose Cuervo, You Are a Friend of Mine was the first country song she ever wrote. She's from California, and she recorded it and put it down and it did pretty good regionally in California. I was being produced by Snuff Garrett out in L.A. and he heard of it and thought it was a good song and you can imagine! I mean the tequila song! And we had a great run with that one!"

Did you fall in love with tequila because of that song?

"Yeah, I kind of had to!" (laughs) "I mean just sing it like it's not about me?" (laughs) "But of course back in those days we were playing night clubs out of town and the club owners just couldn't be happier than to give us tequila on the bus. I even named my bad The Slammer Band, you know, when you mix it with 7 Up and slam it up. So those were the days. And I had to keep in mind that I'm here to entertain, not be entertained."

How do you feel about the fact that Miranda Lambert and Blake Shelton fell in love with each other while playing your song?

"Yeah, what a wonderful love story, huh? I mean that just goes to the credit of the song, what a solid beautiful country song that is, that has stood the test of time, and I loved David Frizell. The first time I heard him on the radio mike, how does anybody sing like that? I just couldn't get over it. So I've always been just real honored for him to be my duet partner on You're the Reason God Made Oklahoma." 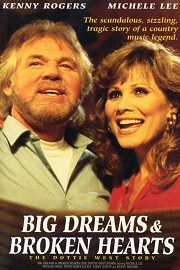 I remember as a child watching the Dottie West Story movie on TV in the Czech Republic with the Czech dubbing in the 90's and I remember how cool it was when Kenny Rogers sneaked into the studio. Was it very emotional for you to work on that movie?

"It was. Fortunately Michelle Lee brought me in early and we would talk on the phone. She was in L.A. and I'm in Nashville. So we would talk on the phone for hours at a time, so I could give her the feel of Mom and she actually had me at one point read the script and read Mom's lines as Dottie and just kind of get the accent. And then she did come to Nashville once or twice and we palled around town and went to the Grand Ole Opry with her, I sat up front for the first time ever, and it was a great show with Porter Wagoner, it was great being up front. So, then the most emotional time was when my brother Kerry and I were together on the set and it was that scene you were talking about when Kenny comes into the studio and she was wearing that red-colored shirt with fringe and stuff, and what happened was, Kerry and I were in a van or some kind of motor-home on the set, and Michelle Lee was prepared for that scene and she walked up into that vehicle and we both looked at each other and it was almost haunting in a way, we just wanted to cry, because she just looked like Mom, she had that whole persona. She was very sensitive to the family in doing that movie. And I appreciate that you out in the Czech Republic even watched that, because I can tell you because you're a very young man and that just thrills me."

Why exactly did you leave the music business for a while?

"Well, I did actually say goodbye to it when I had lost my record deal and I had still toured for several years, because our fans were so loyal, I was able to do that. And then after being married for ten years, I became pregnant with twins and so, I decided right there, you know, I just wasn't touring enough anyway to really keep going at it, so I sold the bus, I disbanded and just raised the rest of my children."

Did you miss performing? 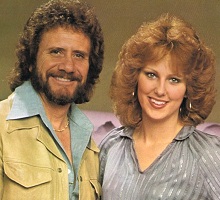 And I've seen you in a few episodes of the Country Family Reunion. Do you have any favorite memories of that show?

"Oh, my favorite one would be the one with Larry Gatlin. I actually had to stand up and say 'I'm gonna have to leave the taping now, because I need to pick up the kid, because I'm a mom, you know. And everybody clapped and we were kind of laughing and as I walked out of the aisle, Larry Gatlin caught me and he just started singing Mom's song 'Here Comes My Baby' and he just started: 'Here comes more tears to cry...' and the band started behind him and it was so off the cuff. And Larry Gatlin has been like a member of our family since I was 13, so for me that was real special."

Have you been working on any new music? I know you still perform from time to time. Is there anything in the works?

"Yeah, but you know, it's not coming out yet. A songwriter I do have a couple of things I'm really proud of, but they're not to the point where I'm ready to let record. I have longed to record an album of my mother's songs like especially from the 60's, I really want to do that, but you know, you gotta have the money behind it and so forth. But I hope that that will actually come to being one day."

Have you ever been to Europe?

"Yes, I have. We used to go to Germany quite often and I would tour the army bases and the air force bases. And at one time we went to Berlin and Frankfurt, all the cities, and then they flew us off to Turkey and we played at their air force base. And for my honeymoon we went to Paris, so that was so great to be able to see some of the world. Oh, and a long time ago we did the Wembley Arena in London, and I would love to go back." 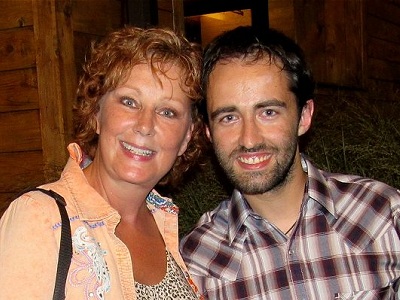