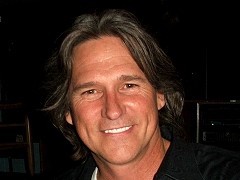 Billy Dean was a frequent visitor to country charts in the mid 90's with smash hits such as "Somewhere In My Broken Heart", "Billy The Kid" or "If There Hadn't Been You". In 2000 he and Alison Krauss also sang on Kenny Rogers' megahit "Buy Me A Rose". Nowadays Billy devotes his time to a number of different activites about which I interviewed him at the legendary Bluebird Café in Nashville.

You got back from Europe not long ago. Was it your first trip to Europe?

"It was my first professional trip as a performer. I'm very much into international travel these days. I had a guitar made in Ireland by a guy named George Lowden and a songwriter friend of mine went over and we picked up that guitar, he picked up his as well and we ended up going throughout Europe and writing an album which was my album Let Them Be Little. We wrote a majority of that over in Ireland, in England, in Amsterdam. Well, we didn't get a whole lot done in Amsterdam." (laughs)

Have you ben to France, Germany, Switzerland...?

"No, I haven't been to France or Germany. My family history, from what we found, comes from Bavaria, the part of Germany. We kinda traced our ancestry to Bavaria, which I'm kind of fond of, because many great composers are from that area."

Come to the Czech Republic, come to see Prague. 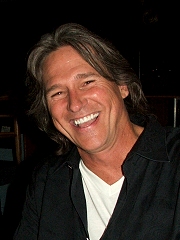 Honestly, country isn't so big in the Czech Republic nowadays. There's no country on the radio. But you should go there at least on holiday.

"We gotta change that! I think we need to educate them. It's real people's music. If there are some places to play, because, of course, no one knows my name or anything like that over there. We'll bring them some great music. My goal in the next two three years is to really tour extensively overseas. I was waiting for the opportunity and to be able to tour with Kenny Rogers and open his shows was a great opportunity. So now I want to build up on that."

I bet you played 'Buy Me A Rose' each night.

In an interview for CMT last year you talked about the latest project 'Billy Dean Sings Richard Leigh' and it sounded like it was the first project of an upcoming series to honor other songwriters. Do you have plans to record another album like that?

"Yes. I'd love to do an album of Hugh Prestwood. I'm a big fan of his and I'm a big fan of Kris Kristofferson. The whole purpose was to try to bring attention to the fact that professional songwriters jobs are going away because of illegal downloading. And the quality of music could suffer because of that. Because the guys will go and take their incredible IQ somewhere else. They will go to be doctors or lawyers or something. We got plenty of those, but we could use a few more songwriters. So I thought just the little contribution I could make would be to call attention to some of their music a lot people haven't heard. Right now I've got a whole album of songs I've written and haven't recorded. I need to get around to record that. I've written a whole album but at the same time it's like I don't know if I would record it in the same way we recorded over the last several years. I miss recording in front of a live audience. I would like to record in front of a live group."

I saw information on the album 'Remakes & Remixes' on your website . Where is it available?

"Yes, it's on iTunes, but there's only one song on there. That was a mistake actually from my lack being computer savvy. I was trying to put a whole album up there and it uploaded only one song. I liked the title of that album so much. I went and re-recorded a lot of my old songs." 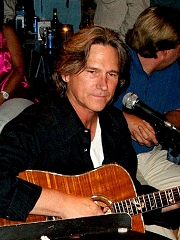 Because the masters belong to Liberty and Capitol?

"That's right. Also with new technology you can make them sound better today. Every 15, 20 years you can do update if you're still alive. So, I'm still alive, but I'm really excited about this new music. I've got some new stuff that people may or may not be interested in but at this level of the game my standard, my bar is very high and that's what I should, at least high for me, and I want people to hear music that the commercial machine doesn't always make available. And you almost have to go to what we call here 'old school', you go door to door, just play it live for the people."

So the next step is a new country album of your songs and then maybe a tribute project to songwriters?

"Yeah, and I would like to do a little bit more traditional sounding country album. Traditional country music to me have a little toungue and cheek sense of humor about it, very simple songs that people can listen to once or two times and sing along, that would have a little sense of humor to make them smile and would be a little bit dysfunctional. If you're in country music, you come from a dysfunctional family anyway. You have to or you can't make country music then. Kenny Rogers says he's made a whole career on songs like 'Daytime Friends And Nightime Lovers', 'Lucille', 'Coward Of The County', all dysfunctional families!" (laughs) "The backbone of country music!"

There's a very unique offer on your website, a possibility to comission a song. So if I wanted to order a promotional song or a jingle for my website or company, can I really hire Billy Dean to do the job?

"I'm very expensive, though." (laughs) "Yeah, we do. We found out that companies and corporations need to learn how to condense the message down to 2 minutes, 3 minutes. It's actually a curriculum. We actually teach the company how to mine creativity of your own people, of your own employees. And my job is to show the heart of the company. And maybe that's what the company individually, they wouldn't go brag about themselves, but I can write a song for them to brag about them. You absolutely can do that. That's pricey, but it's worth it!" 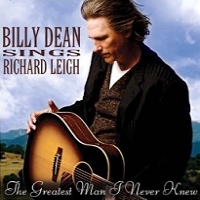 Do you mind if your fans approach you in public places?

"Oh no, not at all. It's really a lot of joy to me that I can bring so much joy to someone. And I really get to see that on one on one basis, on a personal basis. I know where the exit door is, I know how to get out. I think that's very cool that people can get a kick out of me and I feel like nobody, just a singer/songwriter. But if I can make somebody smile like that, I think that's what I was put here for."

You interact with fans online, on Facebook, Twitter, your website. Do you think it's important for an artist to be in a personal touch with the fans?

"I think you have to, because there's so much to choose from out there. There's so much competition. It used to be that you could hide behind a curtain a little bit and people want what they can't get and that's probably still true to a certain degree but if you can really endure someone to you by personally interacting with them I think you make a fan for life."

Would you recommend to other artists who profiles are run by management or a publicist to get involved personally?

"Yes! And in fact I think what you find nowadays is that artists getting their managers or their people involved, because they know the importance they're with people they interact with. You can see a lot of artists going 'hey, we need to chat online every so often, we need to put up new material'. And it's very time consuming. I'm slow at doing it. But if that community will support what we're doing, then it's worthy. But the community has to suport their artist. They are our lifeline to make new music, to coming to their towns to play, they are the lifeline and you have to support it." 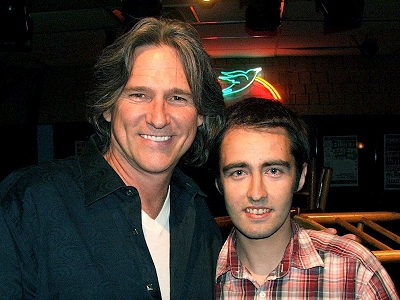 Billy Dean - "Let Them Be Little"