﻿﻿﻿﻿ Bill Anderson: I've Been Too Busy To Count My Songs » CountryZone.net ﻿

Bill Anderson: I've Been Too Busy To Count My Songs 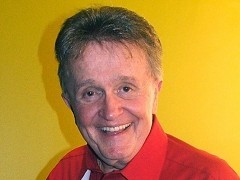 Bill Anderson has been one of the brightest stars of the Grand Ole Opry since 1961. In the early 60's he scored a number of hits with "Po Folks", "Still", "Mama Sang A Song" and many more and his unique voice soon earned his a name "Whispering Bill". Apart from a very successful singing career, Bill is considered as one of the greatest songwriters ever with notches such as "City Lights" (Ray Price), "Once A Day" (Connie Smith), "Two Teardrops" (Steve Wariner), "Whiskey Lullaby" (Brad Paisley with Alison Krauss) nebo "Give It Away" (George Strait). I had the privilege to interview Bill in Nashville in the summer of 2008.

First of all, how did you come up with that whispering thing?

Yeah, what's the story behind your signature voice?

"It was nothing that was planned, it just happened. I started recording some narrations, some recitations back early in my career about three four years after I came to Nashville and I had a lot of success with songs like 'Mama Sang A Song', 'Still' and later on 'Golden Guitar'. One day somebody said 'why don't you talk that little part up there?' and I did and it worked and I just kept on it. I just have a naturally soft voice and one day they started calling me "Whispering Bill" and it stuck. At first it really kind of bothered me. I thought they were making fun of me and then I realized that I had something that was unusual and different. My name was very common. Probably there's a million Bill Andersons in the United States and to have the nickname Whispering Bill that kind of made me a little bit different, it set me apart." 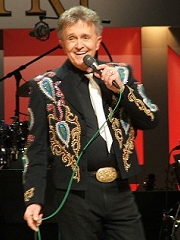 Many years ago you were a star of a soap opera on TV. How did you like acting and what experience did you get for your music career out of it?

"Well, I played the part of myself in the soap opera. I played Bill Anderson, a country music singer from the Grand Ole Opry. I wasn't acting too much, I was just doing what I normally do. It enabled me to reach people that perhaps weren't aware of me before. They were soap opera fans and they became aware of me through the soap opera and I still hear from a lot of people today who say they first became aware of me by seing me on 'One Way To Live', which was the name of the show. And they became fans of mine and they started buying my records and keeping up with my career, so it seemed like kind of a funny thing to do at the same time, kind of an old ball thing to do, but it really turned out to be a very good thing for me."

Back in the 80's you were co-producing a talent show called 'You Can Be A Star'. I saw some pictures from the show and there was Alan Jackson with short brown hair and an ugly leather hat. Do you remember him from the show?

"I remember Alan Jackson, in fact I remember quite a few people that came through the air, some who were winners and some who were not. Trisha Yearwood was on the show, Jo Dee Messina was on the show, quite a few of them didn't win and went on to have good careers in country music. But they weren't necessarily the ones that won the talent competition. That was a fun experience. Jim Ed Brown hosted the show and I helped select the talent and put the people on. One of my biggest claims to fame is that me and Lee, the other producer, we turned down a guy we didn't think was good enough to be on the show and his name was Randy Travis, which shows how smart we are." (laughs)

When you heard Alan singing on the show, did you think that he might be a star one day? 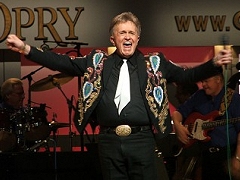 "Well, you don't know. He really didn't do all that much, he was not a contestant, he came out of the audience and sang a song, which we did a lot back in those days with somebody coming out of the audience to sing into the commercial break or something. He just sang a little bit. You know there was no way to tell at the time."

I heard some of his demo recordings from the 80's he sounded very different, his voice was so rough.

"You know it takes a while to figure out who you are and what music suites your voice and how you wanna do it. I mean if you would go back and listen to my very earliest recordings on Decca Records, you would hear me singing much higher and much harder than I do today. You'd never thought that that guy could be called Whispering Bill. So it just takes a while to develop your style whether you are Bill Anderson or Alan Jackson or anybody else."

You're probably the most successful songwriter of all time with the biggest number of songs recorded by other artists. Do you know how many songs you've written?

"No, I really don't. I've been too busy writing that stuff to count, so I really don't know. People ask me that all the time and I guess I really should figure out someday, sit down and figure it out, but it's not important to me, the numbers are not important. The fact that I've written some songs that people have liked and enjoyed and they like to sing, they like to hear, that's what's important."

Tell me something about your writing routine. Do you write every day?

"No, I can't write every day. I have to take time away from it to just get fresh. I have written maybe four five times a week, but by the fifth day I don't enjoy it. I like to write two maybe better most three times a week depending who you are writing with but I have so many other things in my career, in my life. I do a radio show on the Sattelite radio, of course I appear at the Grand Ole Opry, I still tour some, so I really don't have time to write much more than that but that seems to be a pretty good pace a couple of times a week. I can stay fresh that way and I can still enjoy it." 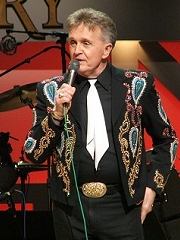 How much time do you spend on one song?

"I've written a song in as little as 20 minutes and I've spent 3 years trying to write one. So, there's
really no particular formula. Some come easier than others, some of them I just think I never get right. But if you're lucky, you do."

If you were remembered for just one song, which one would it be? What song are you the proudest of?

"The proudest of that I've written? Wow. I wrote a song with Dean Dillon a few years ago that Kenny Chesney recorded called 'Lot of Things Different" and that's one of my favorite songs, because I think as you look back over your life, you realize in later years that if you had to do it all over again, you might do a lot of things different, so I'm very proud of that song. I'm proud of the song that I wrote with a guy called Chuck Cannon called 'Too Country', which is kind of a song that stands up for traditional country music. It says that people say 'well, that song is too country' and we say there's basically no such thing as too country, so I'm very proud of that song. To single it out and say just one, it would be almost im possible."

You've been an Opry star for 47 years now. Do you think that the Opry means to the young artists the same thing as to older generation?

"I don't know. I think to someone it does. I'm not sure it does to all of them. I think there are people like Vince Gill and Brad Paisley and people who have proven it by the fact that they've been here a lot and they come here. I think it means a lot to them. Unfortunately some of the newer stars sing on the Opry and we don't see them for a while. But there are some of the regular stars who haven't been here for many years that don't come to perform here very much. I still enjoy being a part of the Opry and I still enjoy coming out as often as I can and performing because I feel like I owe a lot to the Opry. The Opry was very good to me before anybody knew who Bill Anderson was."

What European countries have you toured?

"I've been to Great Britain, of course, England, Scottland, Ireland, Holland, Germany and Scandinavian countries, I've been to Norway, Sweden, I've been to Australia. That's about it as far as performing."

Do you know anything about my country, about the Czech Republic?

"Not as much as I would like to know."
Do you know any famous Czech people?

Yeah, a lot. Hopefully George Hamilton IV is coming to play in Prague next summer.

"That's wonderful. Maybe I get in his guitar case, so he can bring me over there." (laughs)

OK, that's it. Thank you very much. 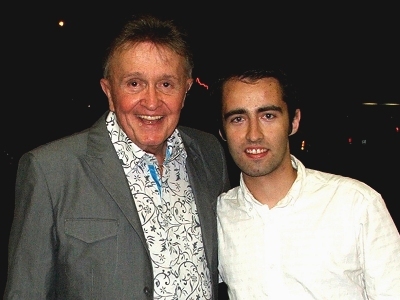