Susan Hickman: If I Couldn't Play, I Would Just Die 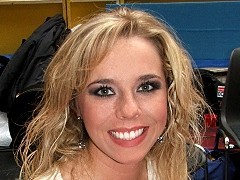 Susan Hickman is a very talented and ambitious young lady from Houston, TX, currently breaking through in country music. With the release of her debut album "Susan Hickman" in early 2009, she can be heard on the country radio both in the USA and Europe. Her powerful songs, impressive vocals and especially high-energy performances made her a fan favorite very quickly and Susan established large fan bases in various parts of the world.

You're a rising country star, but country music wasn't the genre you started with. In 2002 you released a funky dance album.

"I did. That was a fun little album. That was just a spur of the moment thing. I was trying to get my name out there and I couldn't find a producer that I wanted, so we put that out there and a couple of years later I found Doug through a mutual friend, musician Paul Chris. I got introduced to him, we cut a song called 'Listening For Angels' that we released over here in Europe. It was only a European release. We released that and then decided to do the album two or three years later."

What moved you to switch from dance music to country music? 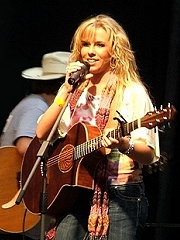 "Country music has always really been my heart. I grew up listening to country music, my dad always had the country music radio station on. We had country music albums, classic rock albums, so that
was really the genre that I always wanted. It just happened to be kind of a quick thing, OK, let's record this kind of CD. It was fun, we had a lot of fun with it, but country music is really my heart, I love it."

Are you considering moving to Nashville?

"Actually no. I was in Nashville three weeks ago for the CRS, country music radio seminar, and it was great, we got to meet a lot of really cool people, really nice people, really great DJ's, but Texas is my home. I wouldn't move anywhere else. I like it there."

How often do you play in Nashville?

"Not very often. We're going there in June for the CMA Fest. We're actually playing at the Cadillac Ranch. I talked to Billy Block two weeks ago. He's a great great guy, I love him."

New artists usually try to launch their career in the USA first, but as soon as you started, you were everywhere and you also gained a fan base in Europe very quickly. How did you manage to get on the radio in Europe so quickly?

"I actually started out putting my singles on Hot Disc, Stuart Cameron runs that. I had sent him several and most of the work that has been done is through Hot Disc. And of course, I have my publicist, Martha Moore, she's fantastic. She's sent out so many different releases and so much information out to the radio stations and the press over here. So, she's been a huge lifesaver. She's wonderful, I love her." 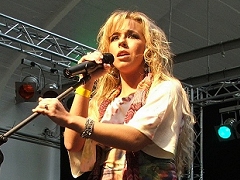 "I do, I love it. It's great to see the sights in the daytime, it's great to interact with the people and music at night. It's wonderful. You're so cool here, you have such a want for the music and that's something that we don't get much in the States. It's oxygen, that's what I feel like. If I couldn't play, I would just die. It seems to me that way that the people here, they care about what they listen to and connect with. It's sad if you can't have that. It's really cool to be here. We're going back to France in July for the Craponne festival. So, I'm excited."

Some of the songs on your debut album were penned by top Nashville songwriters, Brett James, Mila Mason. How about you, do you write songs?

"I do write songs. I actually have a huge stack of songs that we're getting ready for the next CD. We didn't do any of my original songs on that CD, but Martha and my radio promoter is setting up a writing session with Mila Mason. I'm really excited about that, I love Mila. We're gonna sit down and write together and I talked with Billy Dean just a couple of weeks ago, hopefully we're gonna sit down and work something out. He writes out of his house in Nashville, so hopefully we''ll get together and be able to write, I love him. He's phenomenal. We actually got to see him perform over in Nashville a couple of weeks ago, that was amazing."

What's your favorite song on the album? 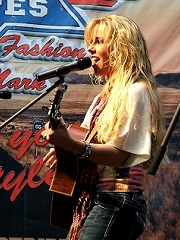 "Oh goodness, it's a toss-up between 'Hell Still Ain't Frozen Over' and 'One Of Those Who Make It Up There', those two are my favorite."

Do you have any plans for a music video?

"We're talking about a video for 'Hell Still Ain't Frozen Over'. We just released that single in the
States March 1st. We're hoping to get a video going probably within a week or two as soon as I get back and kind of rest up a minute and hopefully we'll get that out."

You spend a lot of time interacting with fans online, on Myspace and Facebook. Do you think it's important for artists today to be in personal connection with the fans?

"Oh yeah, absolutely. If you don't interact with your fans, you don't know what they want, you don't know what they like to listen to, you don't get primarily who they are, because I like to put out music that can touch other people and if I don't know who they are and what they like, then I can't do that. So, that's a really important thing to me to interact with my people on Facebook, on Myspace. I'm on there so much, I'm on there like five or six hours a day, after I get up and do my music stuff and get home from the gig, that's what I do. I sit at home and get online and talk to people, that's what I love to do."

OK, thank you very much. 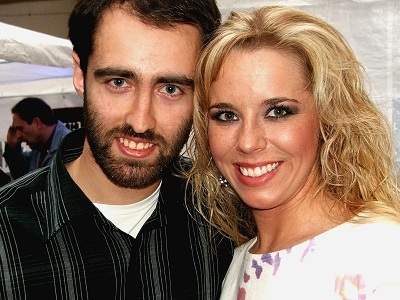