﻿﻿﻿﻿ Raul Malo: All Music Is Now Gonna Be Downloads » CountryZone.net ﻿

Raul Malo: All Music Is Now Gonna Be Downloads 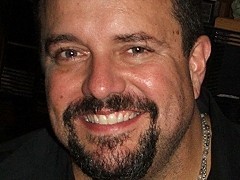 Raul Malo is not just a former lead singer of the Mavericks, a band which ruled the charts in the mid 90's with smash hits such as "Here Comes The Rain", "All You Ever Do Is Bring Me Down" and "Dance The Night Away". Raul Malo is remarkable as a solo artist, too. Since the Mavericks parted ways for the second time in 2003, he has released a number of amazing solo albums and his powerful vocals and trademark blend of country music and tejano flavor earned him great respect among his peers as well. I interviewed Raul after his show at the Station Inn in Nashville.

On the Lucky One album there's several songs that happen to be the original demos that you did at your house. How many other demos of that quality do you have that may be eventually released on albums?

"Well, it's funny, because this next record that's coming out in September [2010] called 'Sinners And Saints' I did all that at the house. All of it. And yeah, it sounds really good. Actually I took my time recording it, so I did all of it at the house. It's been fun, I worked really hard on it."

You wrote all of the songs on the Lucky One album. Is there any that you're extremely proud of, any that tops the rest?

"Every album has been special to me and if there's one that's my favorite, I don't know that I have a favorite, I like them for different reasons and they were special at the time. The 'Today' record was obviously very special, it was great fun working with all those different musicians, but they all have been fun. And different and special in their own way." 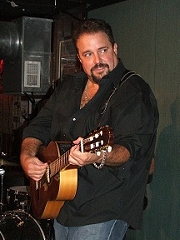 "Well, let's start with the advantages first. I think the advantage is you get to do exactly what you want, so creatively it's a wonderful thing and that's really why we love doing that. A disadvantage maybe would be that you don't have the manpower and distribution that a major label does. But the thing is that it's changing, because there's no more record stores at least in America. So everything is now gonna be downloads and eventually, I hate that it's like that, but in a way it kind of makes it better and easier for the artist. It allows the artist, especially artists that are doing their own labels, to get their work out there a little easier than having to depend on a distributor or a record label to get their records in the stores. Now having said that it would be nice in a perfect world to have your records in a record store but there's not even any record stores. All the record stores are closing. I say this because I'm consciously optimistic in that, ironically, downturn of the industry. There's been a bunch of Mom and Pap record stores opening up everywhere. They're independent, so in a way it's getting back where it used to be, ironically enough. So I'm optimistic about that part of it, too. I mean it's sad that the big record stores are closing but maybe that's the way it should be and maybe we should go back to Mom and Pap record stores."

On the After Hours album you cut a couple of Dwight Yoakam tunes. Do you find inspiration in his music? 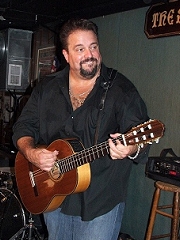 Have you ever been to the Czech Republic?

Do you know anything about my country?

"Sure, let me see. People that visited Prague say it's like one of the most beautiful cities in Europe and I've never been to Prague. Maybe this interview will get me over there! I would love to go."

Where in Europe have you played?

"I've been to Italy, we played in the former Jugoslavia, Ireland, Scotland, the UK, Sweden, Switzerland, the Netherlands. Both solo and with the Mavericks."

"You know I get asked that a lot, it's funny, the approach is really the same and I think the approach changes with the room. I've never noticed really a huge difference in the audiences. Where you notice a difference is in the kind of room. For example obviously in a room like tonight there's a certain kind of atmosphere and then you play a bigger room and you have to approach that differently. So the difference really is in a room, not so much in the crowds I think. People always look for the differences in the crowds but I don't see any. Maybe some crowds are a little bit more reserved than others but if an audience is there to see you, they're usually pretty enthusiastic and I think where it changes is the room not the audience."

Do you keep in touch with the Mavericks guys?

The Maverics already reunited once. Is there any chance that you might try it again in the future?

Do you have an open door for it?

"I don't know. I'm too busy, I've got this record coming out and it's not to say that it'll never happen, but I doubt it. I seriously doubt it. And I think the other guys are busy doing another stuff, too. Hard to say." 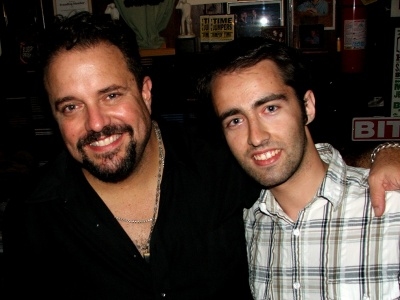