﻿﻿﻿﻿ Carlene Carter: The European Audience Is A Lot Rowdier » CountryZone.net ﻿

Carlene Carter: The European Audience Is A Lot Rowdier 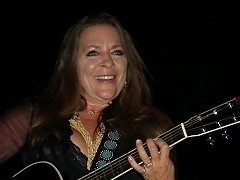 Music tradition in Carlene Carter's family simply couldn't get her other career but in country music. Her grandmother was Maybelle Carter of the original Carter Family, her father Grand Ole Opry star was Carl Smith, her mother June Carter Cash and step-father Johnny Cash. She started her solo career in the late 70's and soon got a rebel reputation. Her second comeback came in the arly 90's with great hits "I Fell In Love" and "Every Little Thing". I briefly interviewed Carlene after her fantastic show in Interlaken, Switzerland.

You're a frequent performer in Europe and I'm wondering whether you approach the show differently when you play in Europe or in the US.

"No, I always approach it like it's just a big highlight of my day. Always. With European shows the audience is, I've got to admit, a lot rowdier and more fun, so it just sort of fuels us a little more. I really try to do the best show that I can no matter what." 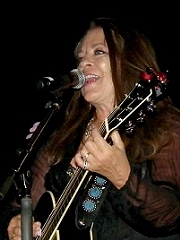 In 1994 you appeared in the Maverick movie along with other artists. What is your favorite memory of making the movie?

"Getting all dressed up in the 18th century stuff, the clothes, and also being there with some of my friends Waylon Jennings was there and Kathy Mattea and also Mel Gibson. And I've known Jodie Foster before, so that was kind of fun."

At the Johnny Cash memorial you played an amazing duet with Brooks Dunn. Are you close friends with them?

"Yes, I am. In fact Kix Brooks was a really good friend on my father, Carl Smith. And then I've known Ronnie Dunn for Brazilian years, a lot of years."

Your song 'Easy From Now On' has been recorded by many other artists. What is your favorite cover version of this song?

"Whoever cut it last, I really like that one a lot." (laughs)

"Yeah, Miranda Lambert, she's my favorite right now. And of course Emmylou is my favorite because she was the first person to cut it."

About 5 years ago I was interviewing Rosanne Cash and when I asked her about the Walk The Line movie, I was quite surprised that the Cash family didn't seem to feel very positive about the movie.

"Well, everybody has their own thing about it. I thought it was a good movie. I thought it served the purpose from the beginning to end of that period of time. I was proud of it and I think Mom and John would be happy with it."

Did you like the portrayal of your mother by Reese Witherspoon?

"Oh yeah, she did a great job. She's a very sweet girl and I got to have an afternoon with her telling her things about Mom to help her with the character and she got it pretty good."

I love your album Stronger and my favorite cut is 'Why Be Blue.' Was this song recorded especially for this labum?

"Oh yeah, every thing on it was pretty much recorded especially for this album. There's a couple of things that I had written a long time ago that I came back I cut and one thing I cut on another album a long time ago." 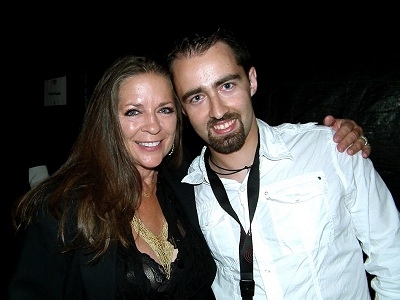