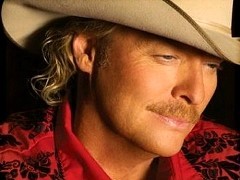 Alan Jackson has played the legendary rodeo in San Antonio, TX fourteen times before, but never to a larger crowd. As the rodeo officials reported, the Feb 23 show was attended by almost 17,000 people, which makes it the most attended show in 62-year history of the rodeo.

"The San Antonio Rodeo has welcomed me for a lot of years and it's one of my favorite places to play. The rodeo and folks in Texas have always been good to me and I want to thank the fans for coming out to see us all these years,” noted Jackson.

Alan's latest single "So You Don't Have To Love Me Anymore" is climbing up the charts and a new album, which will be released on a joint venture of EMI Music and Alan's label ACR (Alan's Country Records) should hit the stores in May.