﻿﻿﻿﻿ Joe Diffie: It Boils Down To Talent » CountryZone.net ﻿

Joe Diffie: It Boils Down To Talent 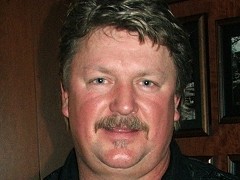 The legendary Joe Diffie, one of the biggest stars in the 90's and the man of the golden voice, has collected 12 #1 hits, Grammy awards, CMA awards, Grand Ole Opry membership and cut several duets with George Jones. He has earned a prominent reputation and many young artists claim he has been their major influence. Joe is also good friends with Peter Dula, a great Slovak country artist, who helped me arrange an interview with Joe in Nashville.

Early in your career you worked as a demo singer. How many songs did you use to record a day?

How many takes did you need?

"Well, honestly when you do 12, you just give one shot. I did one take and then I came back later to re-sing it again and do the harmonies on it. It was a long day."

Before you started headlining your own shows, you were opening shows for other artists. Who did you open for?

"Well, not many actually. I didn't play many clubs, I played bluegrass for several years. And then I moved to Nashville and I started singing demos, I did that mostly. But before, I mean early in my career, I remember I opened for everybody, George Strait, gosh, I can't even remember all of them, there were so many, we opened for Travis Tritt, Garth Brooks, just about everybody."

You were one of those long-haired country stars who got their hair cut in the mid 90's. Did you get a lot of responses from your fans? 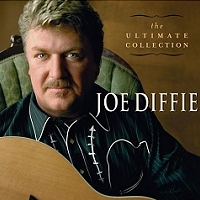 "Yeah, most of them didn't like it! My mother didn't like it. She wanted me to leave it long. But I just got to the point, you know, hot summer time, it was too much to mess with and I just got tired of it. I just wanted to change things up a little bit." (laughs)

I think you are the only artist who recorded so many songs penned by Dennis Linde. Were you searching for his songs on purpose?

"Well, in 1991 the first one I ever heard was 'John Deere Greene' that he wrote. He was very excentric and his demos that he would send to you, he did all of them at his house by himself and they were very interesting and excentric. First I didn't like them but after that I started calling his publisher: 'Do you have any more Dennis Linde songs'? And they sent me like two three CD's full of songs of his and I recorded four five other songs that he wrote."

You also recorded a song called 'Somewhere Under The Rainbow' with an obvious inspiration in the Wizard of Oz. Why do you think that this book and particularly this movie still has so much influence until today?

"Well, I think it lets you use your imagination. I remember when I was a kid, I had all the Wizard of Oz books that my parents got me. I read them all the time. It just really kind of opened up my mind, I was able to place myself in those situations in the book and it was pretty cool. I think it lets your fantasy to kind of work."

When somebody reads your biography on Wikipedia, there's a paragraph called 'downfall', which I didn't understand at all...

"I didn't either. I understand and I'm glad you said that because I looked at other people's profiles and nobody has 'downfall'. Well, obviously anybody can write on Wikipedia. Actually I wanted to change it one time and somebody put it back. So, I don't know. Maybe you can change it next time!"

I'll try! (editorial note: a couple of days after the interview Joe managed to successfully edit his bio himself) They say that some of your songs didn't chart that high because of a switch to novelty material. Do you think that you sounded really that different from mainstream country music in the mid 90's?

"No, I think I was right in the mid stuff. I became kind of popular for doing kind of tongue in cheek funny humorous songs. And the singles that we released, I did all kinds of songs, kind of started that trend at the time."

Some of the top artists from the 90's are making the best records of their career right now. For example Mark Chesnutt, Tracy Byrd, Tracy Lawrence, you... How would you explain that?

"Well, I just think it boils down to talent, I mean I'm not saying we're better than anybody else, but just that group of people had a lot of talent and you don't regard what the radio says or TV says. When you turn 45, you just don't lose your voice all of a sudden. In fact it probably gets better in a lot of cases because you have a lot of seasoning, a lot your knowledge. There's everybody who continues recording but I think it just boils down that talent."

You have been supporting Peter Dula in a great way and your duet 'Long Gone Loner' is just #1 in Europe this week. 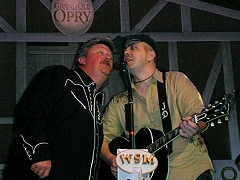 "That's fantastic, yeah! I was so excited."

Do you have any plans with the song? Are you going to put it on the album as a bonus track or something?

"You know, we might, but I haven't thought about it yet. Because really to me it's Peter's song, I was just singing harmony and a verse. It's very exciting to know that people love that song over there in Europe. I feel bad that we actually need to learn it and start doing it at my show."

Earlier this week you started releasing the Basement Tapes. How many songs do you have that you can release this way?

You've recorded several duets through the years, but you put just one of them on your own album. Do you have any plans for some more duets?

"Yeah, the Mary Chapin Carpenter's the one I recorded in a duet. 'Not Too Much To Ask'. Mary Chapin was kind enough to ask me to do that with her. I mean I'm always open to that if the song presents itself. I'm gonna be doing a bluegrass album here in the new future, so maybe I get to do that on there."

And how about your new country album?

"I've been working on it, I've got to finish it. It's a remake of all my greatest hits. I've been working on that forever now. But there was a lot of hits, thank goodness to record, so hopefully that will be really soon and we're gonna release it in Europe. Perhaps a couple of new songs on there. Oh, actually I did a couple of duets. You just reminded me of that. I did one with a guy called Bo Bice, he was on the American Idol and I did one more with a really wonderful singer named Marc Broussard from Lousiana. We did a couple of old standard rock'n'roll songs. That'll be on the CD as well." 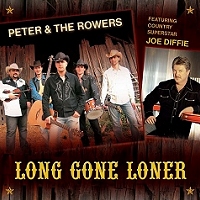 If you have a choice how to get to a gig, what kind of transport do you prefer?

"Bus. I hate flying. Flying itself is just a hassle, you have to go through the airport and I just get sick of that. So I prefer getting on a bus. The bus is comfortable, I have all my stuff, I got my TV and a microwave, refridgerator, the bunks, shower..."

What do you do to kill time between shows?

"I play golf, I have a computer and email, scan the Internet, watch TV and movies and that kind of stuff, listen to music."

Are you going to tour Europe anytime soon?

"I don't know, maybe. You know, somebody gotta set it up for me. It doesn't make sense for me to go there and do one or two shows and fly back, because I don't like flying that much. If I wanna go, I want a good solid long tour over there. I would love to, though. I've been to Switzerland before and I loved being there, people were great and it was just an interesting experience. But doing that very often, I probably won't."

Do you know anything about my country, the Czech Republic?

"Honestly not very much. Peter Dula sent me a bunch of postcards, pictures and some information of Slovakia and honestly I have it in my mind, a picture that was pretty industrial looking, kind of great, the picture itself was just gorgeous. Green fields and blue skies and mountains and lakes and I was like: 'When I get over there and you need to show me around.'"

You'll turn 50 on December 28. Do you have any special plans for a celebration?

"I dont't, but she might" (pointing out at wife Theresa). "She's always got something cooking."

"My favorite thing is, because I travel so much, to have a party. We talked about maybe renting a club or a restaurant somewhere in town and get all our friends together. You know, having a band up there playing some music."

That's great. Thank you so much. 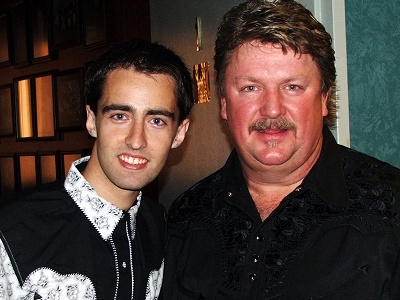