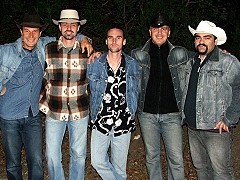 The European Country Music Association finally revealed winners for 2007. The Slovak band Peter & The Rowers made this year's awards their own, turning 8 nominations into 6 wins. Since they were nominated twice in two categories, they won all they possibly could. Not only did they win the European Artist of the Year award, but also the prestigious international Artist of the Year award. Peter & The Rowers also scored in the major categories Song of the Year ("I'm Leavin'"), Group/Band of the Year, ECMA Future Star Award and ECMA European Song of the Year ("I'm Leavin'"). This is an incredible success for this Slovak band, whose members found themselves beating superstars such as Kenny Chesney and Keith Urban, who were among other nominees. The list of winners also includes Brooks & Dunn, George Strait, Carrie Underwood, Sheryl Crow, Billy Yates and Vince Gill.

We found Peter Dula of Peter & The Rowers in Boston, MA, where he recovers from an extensive surgery he underwent last week as a part of his complicated cancer treatment.

What was your first thought when you learned about the wins?
"I couldn't believe it! Especially during this hard time, winning these awards couldn't have been a better gift to my spirit."
Who would you like to thank to? 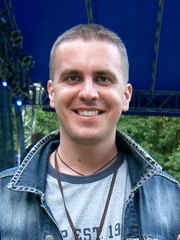 "My band and I are very grateful. First of all we would like to thank to the ECMA and its president Rafel Corbi and all the people from the music industry who recognized our work and voted for us. We would also like to thank to all the radio stations and hardworking DJ's without whom this wouldn't have been possible. There are just so many special people and organizations that have helped us get where we are. Among them there are Rhonnie Scheuerman of the RhonBob Promotions, Mark Trail of the M-T-M, Stuart Cameron of HotDisc, J. C. Paulin du Besset of Mission Country, and especially we would like to thank to Milan Herstek, the owner of the Leon Art Studio in Slovakia, where we record, and there are many others who have helped us in countless ways along the way. Many thanks also to our singer/songwriter friends Ronald Mattox, Mark Trail, Joe Diffie, Buddy Jewell and Billy Yates.
How do you feel after the surgery?
"Still somewhat tired, yet surprisingly well. The doctors kicked me out of the hospital after 2 days and now have cleared me for playing guitar and traveling. I will have to pace myself over the next couple of months, yet I'm excited to get back on stage and do what I love to do very soon.
Are you finally cancer-free?
"A good question! We don't know yet. I'm living with a ticking time bomb and you never know when it goes off again."
You have found great support from numerous good-hearted friends and fans. Would you like to send them any message?
"Yes! I'm extremely grateful for that wonderful support, and I'd like to ask them for keeping me in their thoughts and prayers."
When do you plan to come back home in Slovakia?
"It will depend on results from the meeting that my medical team at the Dana Farber Cancer Institute will hold in early June. I'm sitting on pins and needles until that time."
You have been invited to perform at various shows during the CMA Music Festival. Will your health conditions allow you to fly in Nashville and perform with some of your friends?
"As I already mentioned, my doctor has cleared me for the moment to play guitar and travel. To perform at the CMA Music Festival has been a dream come true from the first days I picked up my guitar. So I'm very excited to be able to play with a lot of people that I look up to in this industry."


Keeping The Dream Alive is still being carried out. You can learn more about raising funds to help Peter pay his medical bills at www.myspace.com/dreamalive1.