﻿﻿﻿﻿ Joe Diffie and Peter & The Rowers Duet Nominated for Vocal Collaboration of the Year » CountryZone.net ﻿ 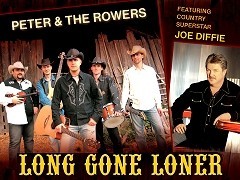 Last summer the duet "Long Gone Loner" topped the ECMA Top 100 chart for two weeks, which turned into an impressive comeback for Joe Diffie on the European country radio. In addition to the success of the duet with the Slovak band, European radio stations started playing Diffie's earlier hits and "Third Rock From The Sun" even reached Top 10 in several countries. "Long Gone Loner" is featured as bonus track on Joe Diffie's Ultimate Hits.

To view a full list of nominees see the official ECMA site.