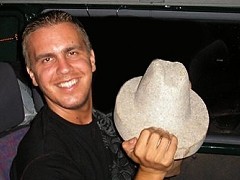 "From Hockey Star to Cancer Survivor to Country Music Star to Battling Cancer Again". Peter Dula, the lead singer of the most successful European country band Peter & The Rowers, has been diagnosed with cancer for the third time in his life. At the moment he is at the Dana Farber Cancer Institute in Boston, MA to undergo an extensive surgery which will save his life. We are calling out all friends in the world for any kind help. Please read the Peter Dula Story and help us spread the message about Peter's situation. Any help is highly appreciated. 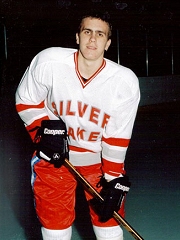 Peter Dula was born in Kosice, Slovakia in 1981. As a determined and talented young hockey player, he came to Boston in 1999 to play for a junior league, on a path to try out for the NHL. His plans suddenly changed when he was diagnosed with cancer (Hodgkin’s Lymphoma). He was successfully treated in Boston over 6 months, and then went back home to Slovakia . But within a few months the disease returned, requiring Peter to undergo an almost 1-year ordeal with a bone marrow transplant. "It was the toughest battle of my life, but I got through it," says Peter. While under cancer treatment, Peter picked up his father's old guitar and his Dad showed him a few chords. Peter had never sung or played any instrument before. Yet, with those few chords, a new passion and purpose started for Peter. His Dad also had some old Johnny Cash records and Peter began playing and singing those songs. "Johnny Cash’s voice and his music just touched my heart and he became my biggest influence," Peter remarked.

Later on, Peter discovered other great country singers like Alan Jackson, Randy Travis, Buddy Jewell and Joe Diffie, who also had their influence on him. Their great music helped him to get through the ordeals of cancer treatment and recover from his illness. "I fell in love with country music and it became a part of my life," he said. Peter learned by listening to these great artists. He sings with his heart and soul, delivering his music with great honesty and feeling. “His music reaches out and just touches you!”

Over the last few years, Peter has developed his art and trade, now both fronting and managing Europe's top country band, The Rowers, and has been having the greatest time of his life! The Rowers have released a CD, are in process of finishing their second release, and have won many prestigious 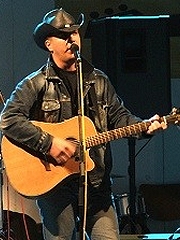 European country awards. Their songs "I’m Leavin'" and "Blind Horses" have been dominating major European country charts. The band has also been extensively touring Europe playing their growing collection of music that Peter has co-written. Peter has even cut a duet, “Long Gone Loner”, with country music legend and Grammy winner, Joe Diffie, and it is climbing up the international charts. For Peter, country music is a dream come true. It has helped him keep going through the hardest times of his life, and has become an integral part of his being! In 2007, Peter got the opportunity to play in Nashville. It was another personal dream coming true. However, soon after coming home to Slovakia, and in the middle of cutting his new CD, he was again diagnosed with cancer, this time an aggressive post-radiation sarcoma. After three operations in Slovakia to remove the tumor and several rounds of chemotherapy, he is still suffering with the cancer. His only hope now is with Dana Farber’s Cancer Institute, where he must undergo a major operation, one that will cost US $60,000 and needs to be done as soon as possible. After the operation, he may also need more chemo, which will be at an additional cost if done at Dana Farber.

Being still at the early stage of his singing career, Peter (and his family) do not have the personal funds to underwrite this potentially life-saving operation that is not available in his home country. He is reaching out to his friends in the world to see if people can help him with some donations. Any amounts would be greatly appreciated, and donations of $50 or more would provide you with a personally autographed, limited-edition CD of Peter’s best songs and new unpublished materials.

Can you help Peter keep his dream alive?

Click on the button to make a credit card donation through PayPal.

Send a check to Compassion Project and mail it to:
4 Angier Road
Lexington, MA 02420

Send us an email about anyone you know who can help: dula@netkosice.sk
Spreading the word about Peter through forwarding this message.
Visit Keeping The Dream Alive myspace site at www.myspace.com/dreamalive1


To listen to Peter's music and to find out more about him and his band go to www.myspace.com/rowers